WOW. I can't believe it's been three-ish years since the last post here.

So I guess my days at the Advertiser are over forever. So it goes.

Wanda Lloyd now works at Savannah State, the Internet tells me, as the chair of a mass comm department. Good for her. Not necessarily good for her students, who may be learning more about what happened in 1985 than 2015, but so be it. They still live in Savannah, Ga., and that's a plus. What a pretty place.

I'm still chugging along at my "new" gig. I don't want Gannett to get mad at me, so I'll just say that I'm still working in AUBURN covering SPORTS for a DOT.COM. Some stuff went down in October 2012 and I kinda became captain of the ship. It was odd, sure, but I had a young, principled collaborator with me. How could that go wrong?

I do miss the "old" HABOTN. Great group of people there, very little mud slinging, lots of inoffensive sarcasm. Now the Advertiser has no Auburn-themed online community and I think that's sad. James Crepea, who took over for me, does a fantastic job IMO. Good guy -- for a Yankee.

Anyway, much love to errybody except Wanda. And this other guy named Terry Manning, but you don't know him. Heck, you probably don't even know Wanda. It's the circle of life. 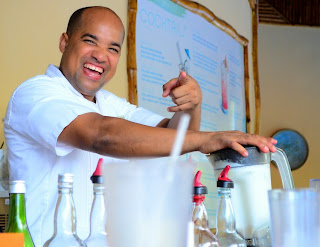 That is MY AMIGO, David. (Pronounced "dah-VEED") I met him in the Dominican Republic and he served me a lot of beers. I like him. 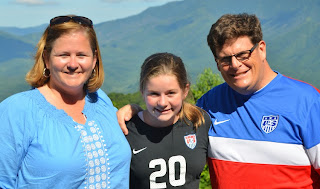 This is TEAM TATE. We have fun. 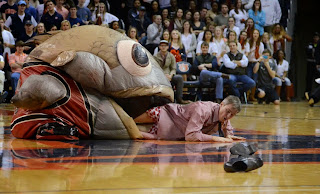 I once saw a man-sized mackerel eat a man (while a crowd of people watched) and NOBODY rushed to the guy's aid. America today, you know? And he somehow escaped, though he was down to his drawers afterward. Have a nice day, etc.